How many times have I encountered the atheist standard argument about not believing in invisible pink unicorns and thus not believing in God either?  Variations on the theme are leprechauns, ice cream factories on some other planet and the truly inane flying spaghetti monster (FSM) and  such.  Have you met up with one of these arguments against theism or deism?  I see it all the time.
These are nothing more than popular variations of B. Russell’s famous “Tea Pot” argument. This argument is only famous because Russell was famous.  For, it has no real validity.  Russell argued that he could assert that there was a tea pot floating in space somewhere,  so small that no telescope could detect it.  And given this assertion, no one would be required to believe in the tea pot, because there is no real evidence, just assertion.  The tea pot cannot be proved not to exist.

Typical of the logical positivists.  Logical positivism – a misnomer because there was anything either logical or positive about it – a philosophical system now bankrupt, now defunct and lying in ruins because it was void of reason but full of bare assertions and hot air.

The argument is devised to show that if a thing can’t be proved or disproved to exist, then the burden of proof belongs to asserting its existence.  Therefore since – according to atheists – God can neither be proved nor disproved to exist, the theists, who assert his existence, must prove it.  Since the atheist assumes the existence of God cannot be proved he believes himself to be thinking logically and the theist to be unreasonable or even irrational.  We see this type of position posited everywhere across cyberspace as though it were some fatal blow to theism.  It isn’t.  Not even close.

The tea pot in space argument is flawed.  Curiously, atheists never figure this out and still flaunt it over and over again, ad nauseum.  I’ve was once challenged to produce a refutation, and the challenge was stated in terms indicating that the challenger believed the argument irrefutable – even though its been refuted many times.

What they’re really doing is trying – as always – to squirm their way out of having any burden of proof of their own in asserting the non existence of God.  Whenever atheists do this, it’s mere escapism and denial.  For, to pretend they have no burden of proof is tantamount to saying they have no position, that – once again – atheism were a mere involuntary state of “lack of belief”.   This has been refuted here, here and here as well as many other places across the web.

Now for the IPU argument itself.
As Dinesh D’Souza has aptly pointed out, there are no books called “Unicorns Are Not Great”, or “The Unicorn Delusion”. Nor are there any books around called “The Flying Spaghetti Monster Delusion”, the FSM being yet another example of just how dumb atheists have become in their never ceasing efforts to show themselves inapt in reason and logic. They never see it though.
So how does one dismiss the invisible pink unicorn argument, specifically?  I respond with Rich Deem’s simple refutation:


Unicorns would be pink if they reflected pink electromagnetic radiation (i.e., light). However, in order to be invisible, the unicorns would reflect no electromagnetic radiation. Therefore, the term “invisible pink unicorn” is self contradictory. Therefore, we know absolutely that they could not exist. I don’t know who invented the term “invisible pink unicorns,” but they were obviously deficient in their physics education.

You can read the whole argument here.
So as you see, the IPU “argument” is so deeply stupid it doesn’t even qualify as an real argument.  Now, given just how easily the IPU argument is shown to be just plain dumb, unscientific and unthinking, you would think atheists would get smart and try to find something that could at least qualify as reasonable.  Do they? Well no, not really.

Russell’s tea pot argument is just as easily refuted.  Several refutations can be proposed and William L. Craig has given a few.

But just for fun consider:  tea pots are uniquely human artifacts.  Therefore, the only possible way there could be a tea pot floating around the moon, sun etc. would be that some humanly fabricated tea pot escaped from some also humanly fabricated space ship, or, that some crazy person on earth sent one into space on a launch platform capable of sending its payload right out of earth’s magnetic field.

Is that possible? Of course something like that could be done.  So, there may very well be a tea pot orbiting Earth for all we know.  But do we have any historical records from NASA, the Russians or whoever, of a tea pot having escaped from some space mission? Well gee, I don’t think so.  But this isn’t really the point.
The point being that such arguments generally commit two logical fallacies, i.e. a fallacy of equivocation and a category error.

Again, the same reasoning applies to FSM’s or anything else the ill-thinking atheist may dream up to escape the wholly logical God inference.

Now,  back to the more important reasons to dismiss all such “tea pot” arguments.  They are category errors. They are fallacies of equivocation when used as comparisons to the inference of the existence of a supreme being logic.  Comparing the belief  in a tea pot orbiting a planet, to the logical inference based belief in the existence of a first and sufficient cause for the existence of the universe, is utterly hilarious.  If only it weren’t so seriously posited by unthinking atheists – obviously trying to escape their own burden of proof.

Atheists prove their religious devotion to their world view, their metaphysics, by writing so many books, debating everywhere and by infesting web forums ever trying to refute the existence of God – and never ever succeeding! Religious fervor is the only appropriate label to put on such behavior. Yet,  all while they’ll still vehemently deny it.  Denial of reality is atheism’s most glaring trait.

Atheists admit they cannot prove that there is no God.  So what does that imply? Just this, that atheism is a position that can only be held by blind faith.  Since no proof of their position exists, blind faith in that position is the only thing left.

Curiously the atheist always accuses the theist of this very thing! The theist however knows that all things can used as a starting point towards the First Cause inference and yet nothing at all can be used to the contrary!
A supreme being’s existence is logically inferred by the very existence of the universe itself.  How so?  Well, we know the universe is not eternal – it has an age.  This is not hard.  We also know it doesn’t oscillate eternally – Fred Hoyle’s hopeful hypothesis – that he was forced to abandon due to the evidence against it.

This of course implies that something made it, and that whatever made it necessarily exists apart from it.
We know too that it cannot have created itself.  Something creating itself from from nothing?  The very idea is preposterous – except to blind atheism’s terrible reasoning.  You see – “nothing” doesn’t exist.  Nothing, as non-existence, cannot be said to have properties, energy, matter, law.  So the more recent nonsense arguments of “quantum fluctuations” in some speculative void, are still “fluctuations of nothing” – i.e.  more logical absurdity.

So where do all these glaring anomaly’s leave the poor atheist? In a logic void.  Atheism, as C.S Lewis so aptly states, “turns out to be too simple.  If the universe has no meaning we should never have discovered it has no meaning”.  Thus the arguments (tea pots, IPUs, FSMs etc.) that the new atheist is so proud of verbalizing turn out to be lame-brained nonsense as soon as the light of reason and logic is applied to them properly.

The atheist is thus left in a philosophical no mans land because taking his arguments to their logical conclusions always leads to absurdity, or else a kind of metaphysical free-for-all, in which nothing can be proved.  But if nothing can be proved, then we have no reason to believe in ourselves. 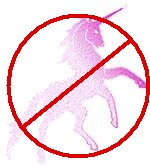